Modern bread machines come with a plethora of features that add to their functionality and that make the quality of the loaves prepared with them be of a better quality than even the loaves that our sweet grannies used to make. On this highly competitive market, a few brands stand out from the rest as they constantly deliver quality machines that come with numerous innovative features. One of the best companies out there, by far, is Zojirushi. This Japanese company has managed to become a common appearance in modern households worldwide through the quality appliances that it produces. When it comes to the production of bread makers, two of their models stand out the most as they have been successfully received by customers looking for a simple method to prepare homemade bread.

The bread machines that we’re talking about are the Zojirushi BB-PAC20 and the Zojirushi BB-CEC20. In the following, we will compare what both of these kitchen appliances have to offer, unveiling what model is the better choice to go with and why. 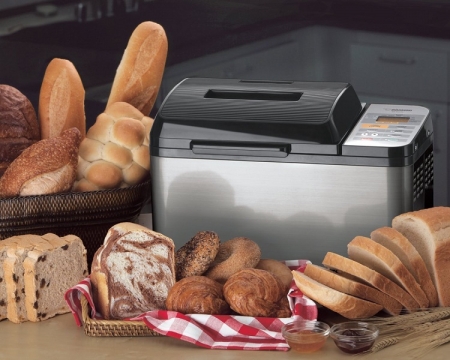 The BB-PAC20 bread machine features dual kneading blades that guarantee a thorough kneading each and every time you prepare bread with it. A quite interesting feature that definitely helps it stand out from its competitors is the additional heat that is found on the machine’s lid and that not only aids the kneading process go smoother, but that guarantees an even baking as well. The user-friendly LCD panel that it comes with features a clock that allows the user to easily check the completion time when the machine is preparing delicious loaves. Also, this clock allows the user to set up the timer, delaying the start of the bread’s preparation process by up to 13 hours.

The BB-CEC20 bread machine is one of the safest options to go with as it features an automatic shut-off system. In case the power goes out for less than 10 minutes, it will retake the baking operation from where it left off, remembering the settings that have been chosen and the part of the process that it was undergoing. The intuitive LCD control panel features a clock that allows you to set the machine to start baking the loaf up to 13 hours later. Therefore, you can return home from work or wake up in the morning to freshly baked homemade bread.

Performance-wise, the BB-PAC20 model is hard to top, being widely viewed as one of the best bread makers on the market right now. It is able to bake a traditional-shapes 2-pound loaf of bread automatically, thus without requiring your interference during the process. The impressive menu settings that you can choose between if you use it include basic bread, gluten-free bread, wheat bread, dough, sourdough starter, jam, cake, quick bread, and three homemade options. The homemade settings allow you to program the knead, rise, and bake times as you desire, while the quick bread cycle prepares the bread faster, taking a little over 2 hours for the preparation process to end. Of course, as all high-quality bread making appliances, it offers crust control as well. Thus, you can decide whether the crust will be light, medium, or dark when it comes to its color.

When it comes to the quality of the BB-CEC20 model’s performance, we must admit that it didn’t fail to deliver everything that a cook would expect from a high-end bread machine. It can prepare a large 2-pound traditional rectangular-shaped loaf of bread without requiring your help during the preparation process. The pre-set menu options that this machine offers include white bread, sourdough starter, dough, wheat bread, jam, cake, quick bread, and three homemade menus. Just like with the BB-PAC20 model, the three homemade settings allows you to fully customize the specialty bread that will result by programming the knead, rise, and bake times. Also, another common performance aspect is the fact that the quick cycle ensures that the loaf will be ready for consumption after a little over 2 hours since the preparation process begins. Additionally, there are three crust settings that it offers you the possibility to choose between, more precisely light, medium, and dark.

The price of the kitchen appliance is important as well as it shows whether you will have enough money at your disposal to purchase it or not. From this point of view, the Zojirushi BB-CEC20 is the better option to go with as it costs approximately $290, while the Zojirushi BB-PAC20 is a little more expensive, costing approximately $325. Obviously, the difference in pricing appears as a result of the differences that exist between the two bread makers, the more expensive model offering a bit more features than the cheaper one.

Now that you know more about each of the bread machine’s capabilities performance-wise and that you’re aware of some of the features that they come with, let’s take an even closer look at them. By comparing the two kitchen appliances side-by-side, we hope to help you make a better idea of what model is the better option and why. 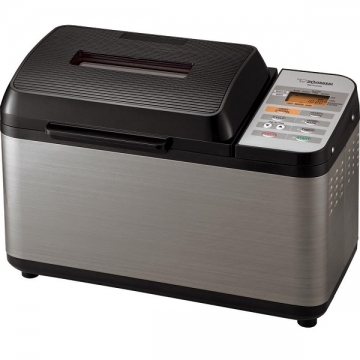 Although we can’t deny the fact that the BB-CEC20 bread machine is indeed one of the best kitchen appliances of its kind on the market, it’s undeniably less performing when compared to the BB-PAC20. Also, seeing how the price difference between these two bread making machines isn’t that drastic, it’s smarter for you to make an extra effort and purchase the BB-PAC20 model as the additional features, such as the double heaters for example, are completely worth the money. Of course, in case you just can’t gather the money to buy it, you can confidently go with the BB-CEC20 machine as it offers an impressive enough performance, being able to prepare more than enough specialty breads in an efficient manner, all without requiring your interference.