The Ups and Downs of Fame

When the average person thinks about the lives of famous people, the first thing that comes to mind is money and the benefits that it comes with. Fame is one of the most obvious benefits that come with money. However, when the average person fantasizes about fame, they only see the good parts. Nevertheless, fame also comes with several disadvantages. Although the life of a celebrity might seem easy, this type of public pressure is not for everybody. There are countless celebrities who were unable to handle the pressure of fame and end up ruining their lives. So what is it about fame that makes people lose contact with reality? 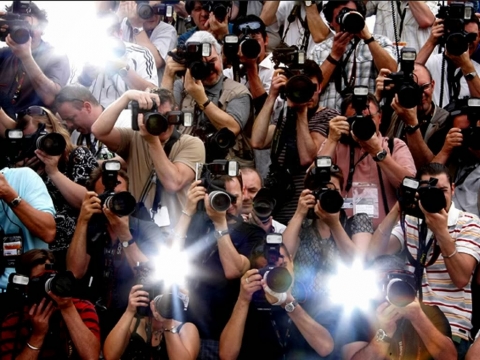 When the media are always watching you, you feel like you must be out of the ordinary in order to retain that attention for as much as possible. In order to do this, certain celebrities lead an eccentric or a rebel life. Celebrities who have even the smallest touch of insecurity in them, will go out of their way in order to look perfect at all times. This is why a lot of celebrities end up having plastic surgeries. For example, let’s consider the Anna Faris plastic surgery rumors. In 2007, this lovely woman found herself divorced. If the pressure of fame was not hard enough before the divorce, it was certainly hard to handle after the divorce when the paparazzi were eager to see how she would handle this. The first solution that came to her mind was of course a breast enhancement surgery. Generally, we have nothing against plastic surgeries as all people are free to do whatever they want to their bodies in order to feel good about themselves. However, an important decision like this one, taken in such a critical moment in Anna Faris’ life can only be viewed as a cry for attention.

With money and fame also comes power and influence. Sadly, the power associated with the fame of most celebrities is only an illusion as without hard work and commitment, most Hollywood celebrities are quite powerless. This illusion of power, followed by the cold shower of reality brings up a lot of insecurities in a lot of public people. When the average person reads about depressed celebrities, they can’t understand where these depressions come from. In the life of an average citizen, the life of a celebrity is perfect. However, the reality is a little different.

Most celebrities (at least the ones worth mentioning) are artists. The life of an artist is usually a lonely one due to the fact that it requires a lot of wondering around. When you are traveling all the time, you have a hard time finding the time to start a family. Furthermore, it can be quite hard to find a significant other, when all the normal people you meet just want to brag about dating you. Loneliness is a heavy burden and it can lead to some bad decisions. As we learned from the Anna Faris plastic surgery story, celebrities are not fond of loneliness and are willing to do some extreme things in order to be loved and accepted.

See Yourself a Filmmaker? 6 Things to Look for in a Film School
March 5, 2020