The Rumors Behind The Apple Wristwatch

Ever since the 17th century, the wristwatches have suffered numerous transformations and improvements and so did their purpose. They were first considered a feminine accessory and were mainly worn as a jewelry. As soon as the World War One hit, people became more aware of the utility of this time-telling accessory which was now viewed in a more manly manner. The recent technological discoveries, however, have rendered it useless as most people use their phones as multifunctional devices which can also tell time. However, there are numerous rumors regarding the appearance of a high technology wristwatch that will revolutionize portable technology. 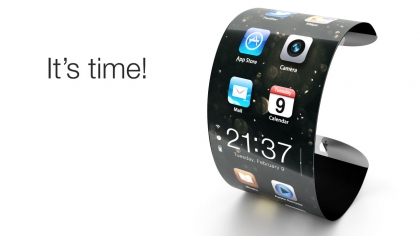 The Apple Wristwatch, also known as the iWatch, is believed to appear in 2014 but little details are being known about its specifications. However, this has not stopped people from elaborating numerous theories regarding the watch’s properties. Some of these theories have been supported by Apple officials and there are even a few photos featuring potential designs for the much-expected device. Given the many web pages that are dedicated to the iWatch, we can all agree that this is one of the most expected electronic devices. When it will eventually be launched, we are sure that it will be very popular, regardless of its properties. Trying to keep the development process a secret has been a very smart move for Apple. This has not only helped them to keep the competition in the fog but it is also a great advertising technique as it constantly keeps the customers wondering about the new device. 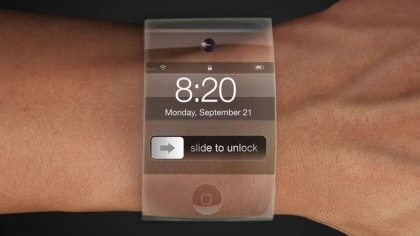 Let’s try to analyze the little information that we have about the Apple wristwatch. What we do know so far is that the new device is unlikely to replace the cellphone. However, it will have a very well established communication with the phone. You will be able to answer your phone through the watch and you will also be able to read messages. This can come in very handy when you are performing more actions at the same time. For example, if you are driving, you won’t have to reach into your pocket or purse to look for your phone as you will be able to answer and talk through the watch. The device would be running on Apple’s iOS platform and it would not only communicate with the cellphone, but also with other devices such as the computer. Furthermore, it could also be a payment medium and it could spot other iOS devices. The watch is also believed to include a camera, Bluetooth and voice control. This probably means you will be able to install some apps on this wristwatch as well, at least those that are meant to communicate with the phone; for instance, you can already download android apps for PC from androidsquad.com, so it is safe to assume that, at least in the near future, the technology that will allow us to share apps with an Apple wristwatch will be invented as well. 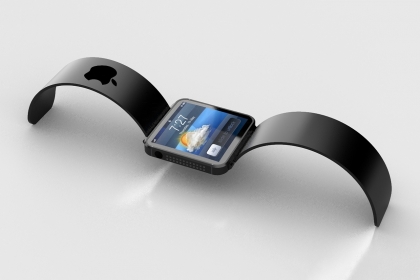 As far as the design goes there are numerous speculations. According to an article published by The Times, Apple has been making a lot of experiments with curved glass wrist devices. This theory could explain the secrecy being the device, as the iWatch would not be the only type of watch that could be connected to the cellphone. So far other companies have already launched similar projects and though they are far from being perfect they are a huge step forward. However, if the curved glass experiments are productive, this could completely put Apple ahead of the competition as they would be delivering a revolutionary product with an innovative design that curved around one’s wrist. Other Apple wristwatch designs that can be found online are less controversial featuring a normal wristwatch with a touchscreen.

As you can see, when it comes to new technologies, you can’t help but be amazed. If you wish to keep in touch with the latest innovations in terms of gadgets, appliances and everything that has to do with the latest trends, visit somethingweknow.com. This website is a great way of staying informed with the latest lifestyle news.

Amazing Valentines Gifts for Her
January 16, 2014
The Patek Philippe Supercomplication
September 6, 2013
Calibre 89 – The Most Complicated Watch in the World
September 6, 2013
The Most Coveted Wristwatch Logos
July 31, 2013
A Short History of the First Wristwatch
July 31, 2013
Wristwatch History – The Evolution Of A Timeless Accessory
July 11, 2013
Recent posts
Recent comments
Go to Top