The Importance Of Social Development

Social development is a concept that is not very well defined in modern societies. In the absence of valid theories, most societies continue to experiment with various strategies that are aimed at improving the development of a society. It is important to understand that the main objective of this type of development is the individual. The integration of a person into a society is made through education. However, the educational system is going through constant changes that make little to no progress in this matter. 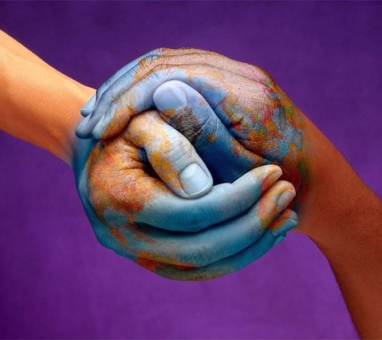 In broad terms, social development can be defined as the sum of processes that are aimed at structuring the human activities in order to improve the results of human efforts. It can be summarized as the process of increasing the human potential. Across the globe humanity’s development is quite random. While some countries achieve higher standards of living, others still struggle to obtain decent survival conditions. Furthermore, even in the so called developed countries, there are still a lot of imbalances. While some people manage to improve themselves, others have problems integrating the system and remain on the lower steps of society. Within a certain country the problems arise from the access to education as well as the ways in which different individuals assimilate the education. At a global level, society’s lack of development is caused by the disagreements between countries, as well as a lack of unity. The efforts of globalization are rendered useless by selfish political desires.

The main population sector where social development needs to be applied is children. The current educational systems approach all children in a general manner without taking into account the differences between them. Furthermore, knowledge is forced on children without them being able to understand its importance. A couple of factors that need to be taken into account when formulating social development theories are emotional status, social behavior, social interactions, social relationships, peers, cooperation and so on. All these factors need to be taken into account and need to be integrated in a child education in order for him to become a functional adult that can adapt in modern societies. While some attempt to define social media, others are still trying to define or understand the real society they live in. Moreover, there is a strong connection between society and social media, as for some the latter has begun to replace the first; for some, live interaction has been replaced with online friendships, and it is argued that this excess can lead to some form of alienation, and even depersonalization. So if we want to define social media, we should take into account how it affects our lives and our social development as well.

The school is the second social system in which a child is integrated, after the family; therefore, in order for him to focus on the purpose of this system, he needs to take certain developmental steps. The first element of social development are the parental interactions but as he integrates an educational system, he needs to develop social skills in order to progress. So far people had to develop social skills on their own. However, while some are born with a certain social flexibility, others experience more difficulties in integrating social structures. If more emphasis was put on the development of children social skills, they would have an easier time reaching the next steps of their development.