Comedy was one of the most important elements that contributed to the development of television. People embraced the idea of being entertained in the privacy of their own home. In the early years of television there were two types of comedy programs: the variety show and the situation comedy show, also known as a sitcom. While the first one was focused on enjoying performances of various musical and cinema personalities, the second type of comedy show had a more creative approach featuring fictional characters who were dealing with funny situations. Over the years sitcoms have taken on numerous shapes, but the influence of the first such series is monumental in the development of television. 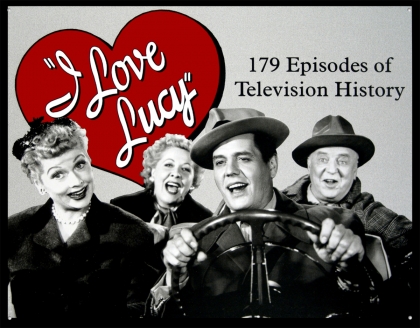 There are certain elements that define a situation comedy series, such as a common environment for various characters, as well as normal situations which are approached in a humorous manner with funny dialogues. The first television sitcom was Pinwright’s Progress. The TV show had one season containing 10 episodes which were broadcast live in the UK. However, few information is available of that first initial sitcom as the only materials left of it are a few still pictures.

In the USA, sitcoms started to be developed around the 50s. It is very hard to pinpoint the exact first American television sitcom as most old TV shows have already been forgotten. This doesn’t mean that they didn’t influence the development of this type of television programs. For example, a certain variety show called Cavalcade of Stars created the Honeymooners which was one of the best comedy sketches in the history of television. Furthermore, this particular sketch was the inspiration for popular animation sitcoms The Flintstones and The Simpsons.

Despite the fact that a lot of TV shows that aired during the early years of television are now lost, some of the first television sitcoms were so popular that their success is unlikely to ever be forgotten. Such is the case of I Love Lucy, which is one of the most iconic series in the history of entertainment. The TV show features an energetic women who refuses to play the typical housewife role that society imposed. Instead she turns every moment into an opportunity to shine and be spontaneous. The main character was played by Lucille Ball. The period in which the show aired was relevant not only in television terms but also in terms of social movements. The show has a lot of feminist influences although they are quite subtle and are not noticed by everybody. Nevertheless during those golden years various movies and television shows reflected the ability of women to be on the same success page as men.

Given these facts, it is not hard to notice that television had a great importance on the development of modern society. It was cheap entertainment that resonated with the social events and interests of the world. Furthermore the first television comedy shows set the tune for how humor should be approached in the world of television.

The Legendary Pioneers Of Television
July 3, 2013
Go to Top