The Beginning of Female Empowerment in the Arab World

The World Economic Forum released the Global Gender Gap Report in 2012. The world’s nations were ranked on their capacity to close the gender gap in key areas such as access to education, health, economic equality and political participation. Unfortunately, no Arab country made it to the top 100 and the highest ranking was The United Arab Emirates at 107, followed by Saudi Arabia at 131 and Syria at 132. Although the Arab world has a hostile climate that does not encourage female empowerment, over the past 20 years there has been a slow, but continuing development in the Arab world. 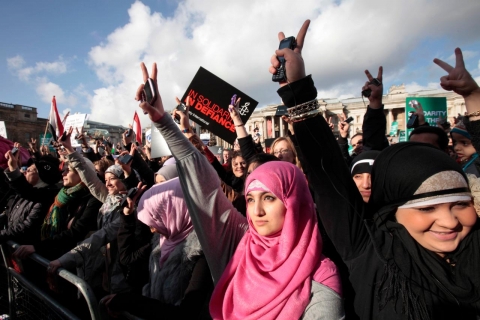 The implications of female empowerment is clear in countries that have already invested in the education, health and political participation of women. Six out of top 10 performing countries ranked in the Global Competitiveness Index are also in the top 20 of the Global Gender Gap Index. Female empowerment enhances the well-being and economical strength of a nation, due to the fact that women who control their own income have fewer children and the national income growth is inversely related to fertility rates. The level of education also affects the decision-making process regarding age of marriage, contraception, earnings and modern sector employment.

Female empowerment must be examined in the cultural, political and social environment, as it is affected by violence, sexual abuse, intimidation, access to training and education, tradition, cultural practices, religious interpretation of their status, knowledge about their rights and adequate representation in governance structures. Booz & Company conducting a study in 2011, asking a group of Arab women what should the role of young girls and women in society be. Only 22 percent considered their role as mothers and housewives, whereas 71 percent said it was to find employment for financial independence. Women in countries such as Egypt, Jordan, Saudi Arabia, Morocco and Algeria have a hard time finding employment because they are outperformed in educational and literacy rates by their male counterparts. Moreover, the labor market is unwilling to hire them so they hit a wall even before graduating.

However, a new trend brings hope for female empowerment in the Arab world. As the social media usage continues to grow significantly, women have an opportunity to show their skills and share ideas. Without the organizing abilities of young people who use the Internet revolutions throughout the region could not have taken place. The playing field between the people and governments was leveled by basic technologies, including the mobile phone. Arab women were in the front lines of the Arab Spring, in the physical and digital spaces, fighting for their rights. Social media infiltrated almost every aspect of their daily lives, changing the way they engage in civil society movements, do business and interact socially or with the government.

Increased Internet access and the rising educational level will contribute to the female empowerment and result in more women entrepreneurs in the Arab world. Creative Generation, a Yemeni student enterprise led by high school girls, designed solar-powered products and took the Company of the Year prize. Furthermore, more and more women who desire female empowerment are joining the Uprising of Women in the Arab World, a Facebook campaign with 90,000 members. The uprising women support freedom, security, independence and protest against discrimination, harassment, sexual abuse, female circumcision and child marriages. These are just pieces of a larger story. Even though there are many challenges, women are starting to gain power in the Arab society, changing their political, social and economic status.

Bows and ribbons for your daughter’s birthday party
November 10, 2015

Choosing a Prom Hairstyle for Your Face Type
May 13, 2014

Amazing Valentines Gifts for Her
January 16, 2014

The Most Popular Short Haircuts for Modern Women
September 25, 2013

10 Hair Colors That Will Change Your Appearance
September 25, 2013