The Automobile Industry in a Greener Future

The automobile industry refers to all the companies and organizations that deal with the manufacture, design, marketing, development and selling of motor-powered vehicles or other similar vehicles such as mopeds, motorcycles or towed vehicles. This is one of the largest and most important industries in the world, and it is also one of the most profitable ones; for over a hundred years, people have been able to enjoy these inventions who take us from one place to another faster and faster with each new generation of cars, but it was soon time to face the consequences. 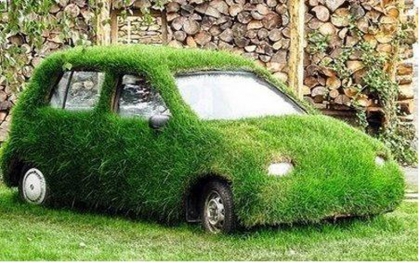 Automobiles run on fossil fuel, a fuel that is not only a non-replenish resource, but one that pollutes the environment as well; moreover, acquiring it is an expensive process, as the oil industry and the automobile industry go hand in hand. This profitable duo has done just as much damage as it did good, and this planet’s inhabitants have to start thinking about other solutions for fast transportation. Because this is the main reason why people have not yet given up on driving cars, even though they are aware it damages our ecosystem. Many other industries and activities rely on fast transport, and the world goes round thanks to it.

Yet what is the future of the automobile industry if measures must be taken sooner or later to counteract changes in the climate? We have already seen some of what the future reserves in this matter, and green technology is where the world is going; scientists and engineers are in full process of developing a wide range of green technologies, and these innovations have already touched the auto industry already, through the introduction of efficient electric cars. In fact, some of the best cars of 2014 are electric automobiles, made by the likes of Tesla, Hyundai, or even giants like BMW. All the big brands in the auto industry are in a silent but fierce race against time to create the best and most autonomous electric car at an affordable place as well. Those who have perspective will have already realized that in the future our need for alternative fuels will increase demand for electric cars, and the big winner will be that which provides the best affordable car. So if you’re looking for the best cars of 2014, remember to check the electric vehicles as well, perhaps the investment will seem worthwhile to you.

For those who didn’t know, the electric car is something of the past, and it was actually invented for the first time decades ago; the only problem was that they couldn’t create a battery to last for long enough to give the car autonomy. During the 1960s and 1970s some electric cars were seen again, but in very rare cases because building a resistant battery was still not possible. Today we have a wide range of electric cars, from some of the best brands on the market, each competing to create the best, most reliable car, with the most autonomous battery.

With all its unintentional wrongdoing, it seems like the automobile industry will restore its good image through electric and hybrid cars. Most of today’s hybrid cars are already quite impressive, and although they partly function on oil and internal combustion engines, they still manage to work just as well on motor and electricity, and to provide everything that a normal car does. Some fully-electric cars have hundreds of miles autonomy, more than enough for the average daily driver, thus allowing certain people to already drive a safe car. And although these cars are quite expensive for now, the future seems brighter and fresher when we know that we’ve already found the alternatives.