Strategies to keep your children safe online and offline

New technological advancements have become a wonderful way of learning and keeping in touch with our loved ones like never before. However, what should parents know about their children’s online and offline security? How could they protect those from child molesters, unsolicited pornographic content and unwanted calls? Technology can help you once again, but also paying attention to some key-sings that your child may be exposed to dangerous content or may be interacting with dubious individuals. One in five children that use the Internet is sexually solicited. Nearly 60% of the teenagers have received emails or instant messages from strangers. What can parents do in these circumstances to keep their children safe?

In 2015, the average time spent online by children aged 12-17 was about 17 hours weekly. The vast majority of the time spent online was on social networks such as Instagram, Facebook, Twitter etc. These networks not only allow them to interact with their peers, but also increase their chances of being approached by potential sexual predators and abusers. The number of online predators has doubled over the past few years, making children more vulnerable in the online sphere. More than 80% of the sexual crimes nowadays originate from the online world. This method is preferred by predators because it gives them a deeper insight into their victim’s habits, schedule and preferences. This way, the victim becomes more vulnerable and approachable. In almost 50% of the sexual abuse initiated on the Internet, the predator is believed to gift something to the victim. Also, an alarming number of teens (almost 20%) that own a smartphone report that they have received at a point or another explicit nude content via text or that they have been repeatedly contacted via call by predators.

Warning signs that your children may be at risk online

From excessive usage of the Internet, especially at night, to a completely changed behaviour and a more mysterious attitude towards their schedule, these are all signs that your children may be involved in dangerous activities. But below are some other warning signs that they may be involved in interactions with potential child predators. 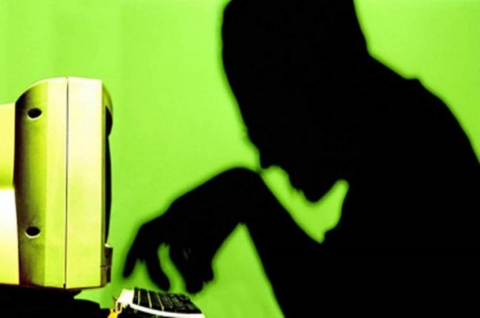 These are generally signs that your child may be involved in some type of activity which parents might oppose to. While it’s not always something to do with sexual predators, this type of behaviour that should raise concern regarding your child’s safety.

What can parents do to protect their children online?

There are some preventive measures that will help you protect your children while using the computer. The first and most important tip would be to place the computer in a room where all family members have access. The living room is a great option as it minimizes their chances to enter chat rooms with strangers. Maybe the biggest mistake that you can make is allowing your children to have computers in their private rooms where you cannot supervise them continuously. Also, setting some well-established time limits in which they can use the computer is a great idea. There will certainly be some fuss but enforcing those will certainly help. Educate yourself in computers, but also in Internet matters. Take some classes if this helps, as this will enable you to keep your children safe online. Also, make sure that you don’t hide the dangers of the Internet from your children. Explain those to them and let them know that if they encounter such individuals online, they’ll have your full support and protection. Hiding such attempts might turn into something dangerous to your child and family. Use your email address for all accounts created for your children, and make sure to set up their passwords yourself. This will offer you full access to their accounts.

What can parents do to protect their children offline?

We mentioned previously that child molesters tend to contact their victims via phone calls or texts. But in most of the cases, you may not know the molester’s name, as they won’t provide a real one. If you start noticing unknown number is your child’s call log, make sure to use an online tool to find who’s phone number is that unknown number in your child’s call log. You will have access to quite detailed information, starting with the owner’s name, and continuing to the carrier, the caller’s full address and even more detailed information. This will allow you to gain control of the situation and possibly ban the number from contacting your child’s phone number again. Luckily, these services are incredibly accurate and can be used with the certainty that you will keep your children safe.

Cyberbullying is another modern-day danger

Cyberbullying has become quite common and it can affect the mental health of our children as well as their self-esteem and confidence. Unfortunately, in the past few years the issue has become more accentuated and many have committed acts of suicide as a result of it. Internet communication is oftentimes used by bullies to shatter other children’s self esteem and as a result, the subjects of cyberbullying become anxious, sad, angry and tend to avoid human interaction. If you notice similar behaviours in your child, make sure to investigate the issue and start asking their friends if they may know a cause to their change in behaviour. Also, you could set up accounts from where to supervise the activity on your child’s social networks. This will give you a deeper insight into their interactions in virtual spaces.

These are some modern-day issues that children oftentimes expose themselves to. Also, the approaches presented above will help you supervise and help your children when necessary. Keep in mind that predators use children’s vulnerabilities and the information available online to get closer to them. Supervising their online activity is one of the few ways in which you can protect your children.

Safe driving: 6 tips every driver must know when they are on the road
September 3, 2021

Parents make a difference: 7 ways to help your child do well at school
June 1, 2020

How to Overcome Fear and Tension in Stuttering?
April 13, 2020