Hudson Automobiles – A History of Performance

The Hudson Motor Car Company is an American manufacturer which operated in Detroit Michigan from 1909 until the 1954. The company was one of the automobile pioneers with a mass production vision. Hudson Motor Car company was created by eight business men who wished to create a car that would sell for less than $1000. The first Hudson automobile was called Twenty and it was one of the first low priced American cars. The model was very successful and the company managed to make 4000 sales within the first year putting Hudson on the 17th place in the worldwide production industry. This was quite an accomplishment for the new manufactures which soon started to revolutionize the automobile industry. 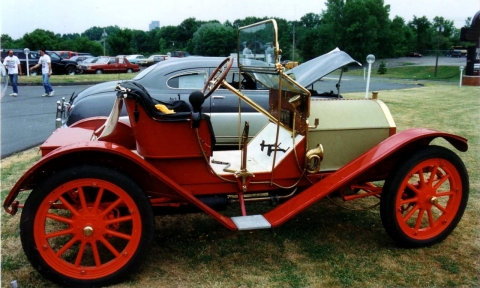 Hudson Motor Car company is a testament to the Americans’ passion for cars. The company delivered a lot of revolutionary technologies such as the first dual brakes, the first generator warning lights, the use of dashboard oil pressure as well as the first balanced crankshaft. The balanced crankshaft allowed the straight-six engine of the Hudson automobile to work at high rotational speed thus creating more power than lower speed engines.

Essex was a brand of automobiles introduced by Hudson in 1919 as a low budget line similar to the competitive Ford and Chevrolet cars. Essex developed one pf the first affordable sedans which was very well received by the automobile market. By 1932 Hudson had created a new line of automobiles called Terraplane. The cars were originally promoted under the Essex Terraplane name but Hudson slowly phased out the Essex part.

In order to improve their products the American manufactured started to show an interest in safety measures. In 1936 the Hudson industry featured longer and softer leaf springs and was able to prevent the bumps and braking from changing the car’s course. These features were supported by the radial safety control and the rhythmic ride suspension. The 1936 performances ranged from 93 to 124 hp. The production started to drop in 1938 due to the slow economy. Almost half of the production was ensured by the 112 model. This Hudson automobile had a 175 cubic inch L-head six, a forward-hinged alligator hood and shorter wheelbase than the Terraplane. However the car was $25-45 more expensive than the Chevrolet and Ford models. In 1941 Hudson introduced the Commodore but the production was disrupted by the war. In 1946 Hudson resumed production of the Commodore. In the same year they released the Hudson Super which featured 103 hp and a 212 cubic inch six or a 126 hp with a 254 cubic inch eight.
In 1954 Hudson and Nash joined forces in order to create the American Motors Corporation. Despite the fact that AMC released some valuable cars, they struggled to survive in the new competitive market. In 1989 AMC was bough by Chrysler. The legacy left behind by Hudson, Nash and Willys served as a foundation for Chrysler’s golden age.