How To Change Education in America

America is believed to be the strongest nation in the world. One of the main reasons for this is the quality of the education system. Thirty years ago the U.S was a leader in matters of education quality and quantity. However the last decades have shown an alarming decrease of standards in this department. Nowadays fewer people are aware of the importance of education. As a reflection, the nation is showing problems in several industries. The educational system has stagnated and it is no longer correlated with society’s needs. High school and college graduates lack the skills necessary in the real world. Education in America is no longer what it used to be and in order for the nation to prosper several changes need to be made. 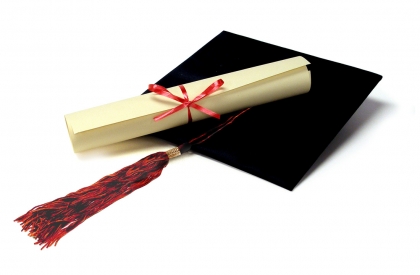 One of the problems of the American education system is the fact that it is too complex. There is a lot of emphasis on pre-school and day care programs and a lot of money is going into founding these institutions. The nation’s leaders want to show their support for education by creating even more additional programs and institutions. It is true that children need to be educated from an early age but given the current education standards we must ask ourselves how efficient these programs really are. Despite the fact that children are spending more and more time in education institutions, they show less and less interest in school. In order for education in America to improve we must first spot the errors in the system and devote our efforts into fixing them.

Benjamin Franklin had one of the most interesting opinions about how education should be approached. He believed that if we just tell children information they will surely forget it. However if we develop a teaching method they will know. But if we truly want them to learn we must involve them in the education process. His thoughts on this matter should guide us into changing education in America. Children don’t need to be thought what to think but how to think. In order for them to be able to apply the information that they learn in school they must first understand it.

Education should be focused on developing the children’s ability to think creatively in order for them to be innovative. Instead of forcing them to remember history and literature we should be encouraging them to draw conclusion. The grading system often inhibits children from having their own opinions. Furthermore it teaches them about competition without explaining the value of a goal. A lot of changes need to be made and while most of them require government power, there are also a lot of things that common citizens can do. We put so much emphasis in providing financial security to our children that we end up spending too little time with them. Education is about more than degrees and we mustn’t always count on strangers to guide our children on the right path.

How to Choose a Scoring Table for the School Gymnasium
April 5, 2017
The benefits of learning Creole
July 21, 2014
The Pros and Cons of Catholic Schools
November 14, 2013
The Advantages of Bilingual Education
November 14, 2013
Go to Top