The magic formula investing refers to an investment technique which uses the principles of value investing, created by Joel Greenblatt. Greenblatt is a respected hedge-fund manager who started as a purist and was inspired by Warren Buffett’s view about growth as an equation component. 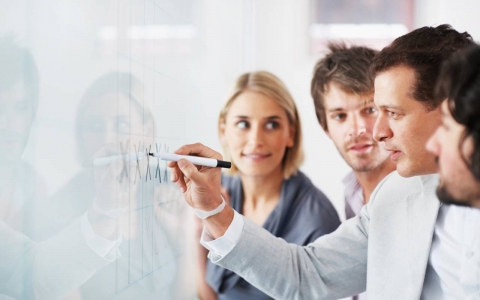 Greenblatt founded Gotham Capital, a firm that returned over 40% annualized between 1985 and 2005, returning all the money to its investors by 1995. He is also adjunct professor at Columbia University Business School and author of two books, The Little Book That Beats the Market and You Can Be A Stock Market Genius. The Little Book was intended as a book children could read and learn from, highlighting the fact that investors should buy good companies for a small amount of money.

Joel Greenblatt explains in his book how his magic formula investing can help inventors outperform the market averages by endowing in good companies which have high returns on capital and are priced to give high earning yield. The formula achieves an average return of 30.8 % over the last 17 years, thus turning $11,000 into over $1,000,000 in only 17 years. It actually beats the S&P 500 in 96 % of all cases, and that is why it has been called the Magic Formula.

The magic formula investing is a long term stock investing strategy, purely quantitative, that works for both large cap stock of over one billion and also for small cap stock. This strategy ensures more earnings than those generated from a 10 year U.S. government bond that generates approx. 6% and is considered risk-free. Companies that can earn over time a high ROC are considered to have an advantage, thus keeping the competitions from annihilating them. If the company stays relatively constant, the investors have an opportunity to sell high what they have bought low.

The first step of the magic formula investing is to establish a minimum market capitalization that is usually over $50 million and to exclude financial and utility stocks. Foreign companies must also be excluded and the company’s earnings yields that are equal to the enterprise value determined. The company’s return on capital that is equal to the debit (net fixed assets + working capital) must also be determined. The earnings yield is used because it targets companies with below-average prices.

The next step is to rank all companies above the chosen market capitalization by the highest return on capital and by highest earnings yield and invest in the 20-30 highest ranked firms, accumulating 2-3 positions per month for a period of one year. The portfolio must be re-balanced annually and losers sold one week before the year mark and winners one week after. The Magic Formula Investing strategy must be continued for a period of 3-5 or more years.

What you should know before investing in private equity
September 26, 2018
Simple Actionables for Novice Forex Traders
December 29, 2017

The benefits of becoming a member of a logistics network
December 5, 2016
The benefits of investing in gold
November 24, 2016
Everything You Need to Know About Invest Financial Corporation
September 11, 2013
Understanding Distressed Debt Investing
September 10, 2013
How to Make Better Investing Decisions
August 20, 2013
Go to Top