Audrey Hepburn is one of the best actresses of all time. Besides the fact that she is considered a legend and an enduring cultural icon, she is also known for her intense humanitarian work. Audrey became one of the most recognized images of her generation with her impeccable style and electric presence. The little black dress by Hubert de Givenchy she wore in Breakfast at Tiffany’s is considered one of the most iconic items of clothing and the most popular little black dress of all time. However, many people, especially the new generations, have no clue who the actress is. The idea that such wonderful actors and their beautiful performance being lost is quite sad. This list of Hepburn’s top movies is meant to celebrate this amazing woman and her memorable career: 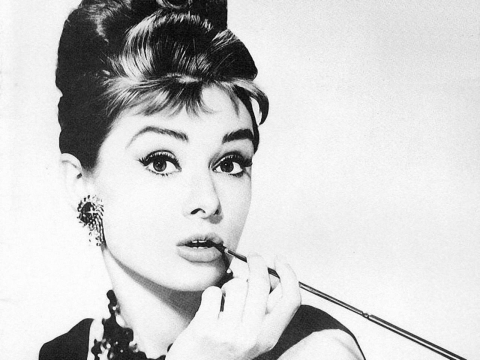 How to Steal a Million is a movie about an art collector’s daughter (Audrey Hepburn) who decides to help a society burglar (Peter O’Toole) to steal back a statue worth a million from a museum before they discover it is a fake and compromise her father’s career. This is one of Audrey’s top movies, a charming comedy with a blend of suspense. Even from the first scene it is clear that everyone is having a blast. The scenes are gorgeously shot, the dialogue is witty and sparky and the actor are impeccable.

In the adaptation of the popular musical with the same tile, Audrey Hepburn plays Eliza Doolittle, a uneducated women who lives in poverty and sells flowers to earn an extra penny. Her destiny changes then she meets a snobby linguistics professor (Rex Harrison) who makes a bet with his colleague that he can transform her into a lady in only 6 months. The production is astonishing, the songs are catchy and the on-screen chemistry effervescent.

This timeless classic is one of the top movies of the century which solidified Hepburn’s place in the memories of all vintage film lovers and also anyone else who can appreciate fine art on the screen. Based on a novel with the same name by Truman Capote, this movie is one of Audrey’s most famous, and for a good reason: it isn’t perfect, but it somehow moves you. After you watch it, you will never look the same again at a rainy alleyway or a pastry and coffee breakfast.

This move brought Audrey Hepburn her first Oscar, and for a good reason: she dominates the screen and truly shines. Roman Holiday remains a staple of romantic comedies across the decades and people of today still relate to its humor. In the movie, suffocated Princess Ann (Audrey Hepburn) runs away from the palace to blend in with the crowd and visit the town. Journalist Joe Bradley (Gregory Peck ) tries to use her to get a good story, but his plans fail when the two instantly bond.

Why Should Home Movie Makers Use a Video Editor
September 5, 2018
Classic Movies List Only Pretentious People Will Enjoy
September 30, 2013
5 New Kids Movies You Will Also Enjoy
September 2, 2013
New Movies Out This Week
August 30, 2013
The Best Sports Movies of All Times
August 6, 2013
Go to Top