This year you will surely find a movie to keep younger kids, teenagers and even yourself entertained. These amusing stories have a touch of prehistoric, Epic adventures, tiny forest warriors, smurfs, minions and why not, cute monsters. Here are 5 new kids movies that you will surely enjoy:

The Croods is one of the new kids movies you can enjoy with the whole family. Directed by Chris Sanders and Kirk DeMicco, this film presents a prehistoric family who lives in a cave and has never experienced the outside world. After their home is destroyed, the Croods must explore a new land full with dangerous and wonderful creatures that will make them question their past decisions of limited, safe living. The vocal talents of Emma Stone, Ryan Reynolds, Nicolas Cage, Clark Duke and Catherine Keener give life to the characters. 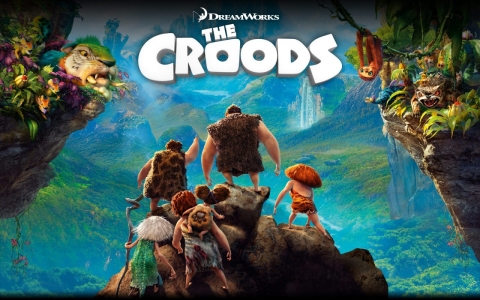 Gru, the retired criminal mastermind is the star of Despicable Me 2, a story about what is wrong and right directed by Pierre Louis Padang Coffin and Chris Renaud. This adventure comedy keeps you entertained from the first minute to the very last. It contains humor that both adults and kids can appreciate and understand. With the voices of Steve Carell, Al Pacino, Kristen Wiig and Russell Brand, Despicable Me 2 is one of the new kids movies you must not miss.

The story of Monsters University takes place before Monsters, Inc., when Mike and Sully were just students in the first year at the University of Fear. The film reveals their past, how the friendship forms and how they become professional scream catchers. Other familiar characters such as Randall, Henry and J. Waternoose are brought back by director Dan Scanlon, the story artist of Toy Story 3 and Cars

This Epic adventure story presents a teenage girl who gets transported into a deep forest where the forces of good battle with an evil villain who wants to destroy the world. There she learns about the existence of the the Leafmen, a group of tiny warriors that protect the forest. The film features the voices of Colin Farrell, Christoph Waltz, Amanda Seyfried, Beyonce and Josh Hutcherson.