5 Computer Components You Should Not Repair

The lifespan of an average PC is roughly two to five years, depending on the software used, advances in computer components and the type of system acquired. Most users notice over time that their computers are not as fast as they used to be, don’t meet the requirements for the latest software and don’t have enough space available to store files. Moreover, parts of the system break down or become unstable and need to be repaired or replaced. Because it is more cost-effective, users often choose to repair important parts such as the fans. Replacement is a good opportunity to upgrade the system and can provide excellent benefits, stability and greater longevity. Here are 5 computer components you should replace instead of repair: 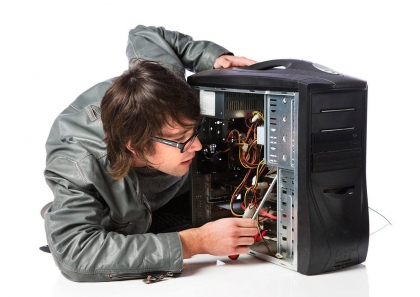 1. Processor and motherboard
Many users are reluctant when it comes to changing the motherboard, because it usually means you must start over with a new operating system and installation. Repairing or replacing it with the same model doesn’t require an OS wipe. However, upgrading the motherboard means that you can also upgrade other computer components, including the processor. Because of the multi-core technology, users can benefit from a dual or quad CPU setup with one processor.

2. Fans
The most powerful system is also the hottest. This can cause other computer components to become unstable. Fans placed on video cards, intake and outtake vents of computer cases and massive CPU heatsinks play an essential role by keeping the system safely cooled. The fans are the computer components most likely to break and to pass unnoticed. Replacing a fan is easy and inexpensive, due tot he fact that usually it cannot be replaced with something better.

3. Video card
Although the video card is one of the most expensive computer components, it is better to replace it rather than repair it, due to the fact that most newly developed software requires more powerful computer components every day. A two year old video card won’t have the latest features and won’t be able to support, for example, DirectX 10. If you plan to switch to Vista, you will have to replace it anyway, because there is a shortage of video-compatible drivers for old video cards.

4. Hard drives
It is easier to cope with the loss of an expensive video card than with the failure of a hard drive. Because you don’t want to lose important data, the first instinct is to try to fix it. Replacing it with a faster, bigger one can prevent future incidents caused by an unstable component.

5. Surge protector
A surge protector is an important component that keeps your computer safe. Users should not neglect this component because it protects the machine against spikes in energy that often occur in electrical circuits and can be caused by refrigerators, hair dryers and other high-powered devices. Replacing a surge protector is actually easier and less expensive than repairing it.

Movie streaming app checklist – features to look for
April 13, 2017
5 Websites With PC Reviews for Hardware Components
September 11, 2013
How to Make a Cheap PC Upgrade
August 1, 2013
How to Create Backgrounds for Computer
August 1, 2013
The Benefits of Living in a Computer World
July 11, 2013
Go to Top