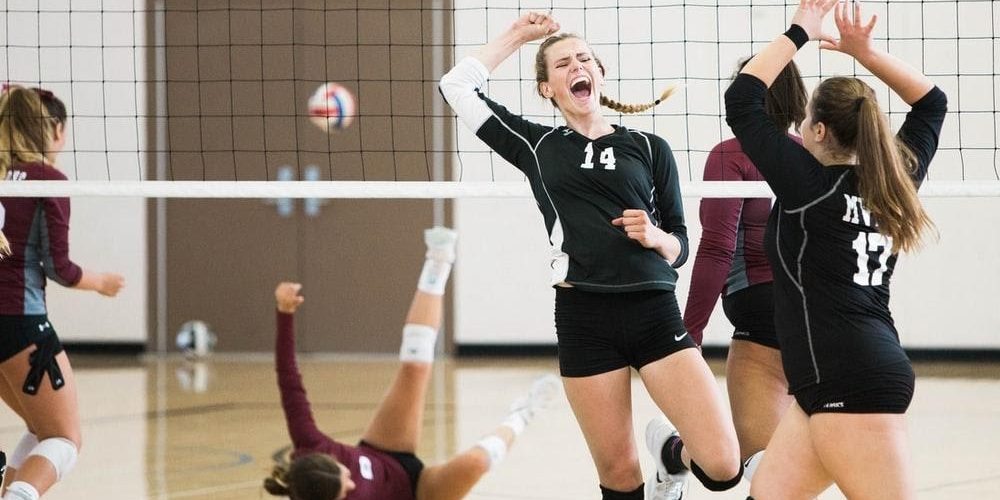 Goal defenders, as you probably know, are netball’s most essential players, required to be fast-moving, shrewd and, most important, adaptable to change. If you’ve ever watched a netball game, you may possibly have noticed the speed and coordination all over the court. To do that, netball defenders need good tactical IQ, excellent footwork, an aerobic engine to match a center and finally, excellent communication skills.

While their main goal is to block the goal-attack, goal defenders must also switch into the attackers they chase, as they form an essential link from defense into attack, post-turnover. Here, positioning is vital as they have to read the game and be prepared for any chance to intercept the ball. Because the ball is the center of attention, defenders should continuously stay alert and puzzle out new strategies to take possession of the ball from the other team.

In this article, we’ve gathered a few zonal marking tips that will teach you how to defend your circle and become a successful goal defender.

One of the essential things for goal defenders is to stay as focused as possible and continuously maintain their eyes on the ball. While your eyes should follow the ball throughout the game, your body should act as a scout so you can block opponent players every throw and receive possible.

Keep in mind that becoming a professional netball defender requires time, patience, and a lot of sweat in your way to victory. Surely, it will take some time getting used to all those tactics, but with a little practice and willingness to improve, you’ll quickly start to tail your opponents and sort out which their next move would be even when the ball is rapidly moving at a distance away from you.

At this point, having excellent communication with your team members is vital. You should start by building up a strategy with your team that will easily force your opponents to pass a certain way, or why not to be able to inform each other of the possible loophole in the opponents’ strategies. Indeed, all this might require diligent practice, lots of extra hours spent in a game and but most importantly, lots of mistakes where the entire team can learn from.

Since netball is a team game, you should try as much as possible not to become the weak link. Work on those moves, make sure you communicate and understand your role in the team well enough so you can get better results.

What is the mans-on defense? It’s a type of defensive tactic used in team sports such as basketball, football or netball in which assigned players must follow and defend the movements of a single player on offense. This is maybe one of the most popular tactic defenses in team sports. The immediate proximity is what dissuades a certain player, reducing the team members that the opponent can pass to. Therefore, this tactic can actually be beneficial if you’re planning to throw your opponents into a state of confusion and uncomfortable position or force them to throw the ball at a certain angle.

When your opponents start losing their focus, and you can clearly see that they only make hasty decisions, you can easily slide in front of the player and intercept the pass or even push the opponent to overthrow. No matter if you’re preparing for an outdoor or indoor league, the man-on-defense tactic works wonders when the goal defender is fast enough so she will be able to follow the opponent team member very closely.

Here’s why speed and agility should be your main attributes as a goal defender. Without these skills, the mans-on defense tactic may not be as efficient because you’ll always leave your opponent enough room so they can pass the ball. Moreover, this tactic is valid both in the outside and inside the circle, depending on the opponent’s movements.

A great alternative to mans-on defense is zone defense. Instead of guarding each player, each goal defender player is given a certain area to cover. Players run for distant interceptions and deny runs up or down the court at a certain angle. As a goal defender, you should remain as further as possible from your opponent and anticipate where they are going to pass or run next. Doing so, you should be able to force a pass out of court or intercept the throw.

An area defense tactic can even help you force the players to make a cross-court pass, which goes from one side of a court to another and usually takes considerably longer time to reach the receiver. As a defender, you can force those players to make cross out moves, extending the area you want to cover. This offers you precious time to get in front of the receiver. Oftentimes this might be a great way to waken your opponent, which makes it easier to catch the pass.

Be completely aware of your opponents throughout the game. Pay attention to both your team and opponent team movements. Now, that requires a bit of strategy, but once you’ve learned how to anticipate your opponent moves, the game is half won. As we previously mentioned, most probably, you won’t get it from the very beginning, mostly because you’ll need a significant number of hours spent on the court and great attention to what other players do. However, whether you’re new or not in the exciting world of netball, you’ll definitely get enough time to analyze your attacker’s strategies and develop know-how about various styles of playing. As soon as you’ve learned to identify gaps in other players’ strategies, you can make use of these gaps to intercept the ball and get in the flow.

Keep in mind that a food goal defender cannot work properly in a team without decent communication. So, make sure you call out your team members so they can avoid unnecessary collisions and intercept opponent’s moves effectively.

Extreme Sports Adventurous People Should Have on Their Bucket List
March 25, 2019

Laser rangefinder vs. GPS – Which one should you choose?
August 2, 2017

How to Choose a Scoring Table for the School Gymnasium
April 5, 2017