AFI’s 100 Years…100 Movies is a list of movies determined by the American Film Institute. The best American movies were selected from 400 nominated movies and more than 1,500 artists and leaders in the film industry. The movies presented below are judged according to their historical significance, awards won, cultural impact and critical recognition.

Amadeus is a 1984 drama written by Peter Shaffer and directed by Miloš Forman. The story is set in Vienna in the late 18th century and is a variation of the play Mozart i Salieri by Alexander Pushkin. Amadeus received eight Academy Awards, four Golden Globes, a Directors Guild of America award and four BAFTA awards.

The Bridge on the River Kwai

The American musical is an adaptation of a the 1957 Broadway show with the same name, directed by Jerome Robbins and Robert Wise. After its release in 1961, it became the second highest grossing film of the year and won ten Academy Awards, more than any other musical film.

Besides making it to the 100 list of movies, Dances with Wolves was selected by the Library of Congress for preservation in the United States National Film Registry because of ots historical and cultural impact. Producer and director Kevin Costner who also played the role of First Lieutenant John J. Dunbar. The movie won seven Academy Awards and a Golden Globe Award for Best Motion Picture. 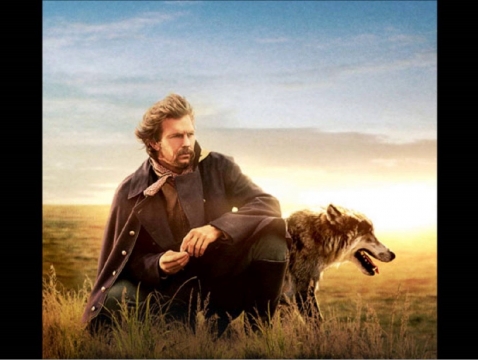 Ben-Hur (1959) is a historical drama film based on the 1925 silent film with the same name, adapted from Lew Wallace’s 1880 novel. It won 11 Academy Awards and is still ahead of Titanic on the 100 years list of Movies. At that time, it was the most expensive film ever made with the largest sets and the longest score ever composed for a film.

Titanic is a romantic disaster film directed and written by James Cameron. Cameron actually shot footage of the Titanic wreck in 1995 when the production began. To reconstruct the sinking, advanced computer-generated imagery and scale models were used. Financed by Paramount Pictures, Cameron and 20th Century Fox, it was the most expensive film ever made at that time, with a budget of $200 million. Titanic was a commercial success, tying Ben Hur for most Oscars won by a single film.

This 1996 romantic drama is based on Michael Ondaatje’s novel with the same name. The English Patient is a story of war, fate, healing and love told in a series of flashbacks. It won nine Academy Awards, including one for Best Picture and one for Best Director, Anthony Minghella.